“Stray”, a film about free dogs in Istanbul. Elizabeth Lo, the director: «Zeytin and the others show us the world without prejudice»

Stray is a documentary film by Elisabeth Lo about Zeytin, Nazar and Kartal, three stray dogs from Istanbul. From 5 March 2021 it will be possible to watch the film on the most important video platforms. As you can see in the trailer, it tells the life of dogs in the Turkish city that has adopted a policy aimed at protecting the territory and the absolute prohibition of depriving them of their freedom.
ConoscereCaniNews 22 Febbraio 2021 13:33
di Diana Letizia
Interview to Elizabeth Lo
Director of "Stray". Her works have been awarded and presented internationally, including Sundance, Museum of Modern Art, Tribeca, Time Magazine and several others. Her first documentary, "Stray", was nominated for the Independent Spirit Award in 2021 and won the Top Jury Prize at the Hot Docs International Film Festival in 2020

A dog lies down to rest in the middle of a road junction crowded with cars and heavy vehicles whizzing around him. It is not a creepy scene, on the contrary: its tranquility is the photograph of how it has everything under control and how much the external environment is a place that it knows very well and in which lives its freedom. Then the dog gets up and goes on with his day, going in search of his human friends with whom shares a destiny that from the dog's prospective seems indifferent to the poverty that surrounds them, while it emerges in the eyes of humans watching the scenes of "Stray", the documentary filmed by Elizabeth Lo that will be released on March 5, 2021 on various online platforms (Apple iTunes, Amazon Video, Google Play and YouTube in Italy).

The director shows the daily life in Istanbul of three stray dogs and the people with whom they decide to have a relationship. In the background, a city unique in the world for how "dogs without owners" are treated and protected: in fact, in Turkey it is not only illegal to euthanize strays but also and above all it is not allowed to take them from the territory and keep them in captivity.

In this movie as in the real life, dogs show how normal is opening up to relationships regardless of the social status of those facing them. Elizabeth Lo, born in Hong Kong but raised in the United States where she studied at "New York University's film school", shot for six months in the streets of Istanbul, from the center to the suburbs, following the strays called Zeytin, Nazar and Kartal and managing to enter gently also in the relationship established between the dogs and a group of very young Syrian refugees, forced to live on the margins of society. The director tells Kodami about her experience and the genesis of the film in the following interview.

Let's start from the beginning of your relationship in general with dogs. How is it?

As a child, I remember begging my mother for a dog for years before they finally allowed me to get Mikey, the dog who eventually inspired my journey to make Stray. I've always loved dogs and now having spent so much time with stray dogs who are so clever, playful, sensitive, and intuitive, I have even more respect for this remarkable species that we evolved to be with.

Why did you focus your attention on strays?

I was interested in doing a global comparison of how stray dogs are treated around the world – to see the differences and similarities of how the same species can be valued or devalued based on how a culture regards a category of being that I imagined as one of the most dispossessed members of an urban society.

During my research, I learned about the almost spiritual history of stray dogs in Istanbul – how they were exiled to an island during 1910 and how residents viewed the exiling of the dogs as a curse on the city, how dogs have been persecuted for over a hundred years and how people protested against the mass killings of strays and finally in 2004, laws protecting stray dogs from being killed or held in captivity were put into place. I found it remarkable that the protection of stray animals in Istanbul has become a bipartisan issue even among opposing politicians. I also was aware of all the turmoil (socially and politically) Turkey was going through at the time, and I was interested in seeing if stray beings at the peripheries of society could take a pulse of what Turkey – and by extension the world – was going through. After I arrived, I fell in love with the city and how stray dogs wandered throughout it, and decided to set the film there.

How did you meet and choose the dogs to follow?

Zeytin quickly emerged as the focus of our production because she was one of the rare dogs we followed who did not inadvertently end up following us back. To the very last day of shooting, she remained radically independent. In Zeytin I saw a character who could fully envelop us within her own nonhuman will — a quality that was vital to a story about dogs who, unlike pets, are not only defined by their relationship to humans. Her friendship with Nazar, and their eventual collision with Kartal's life made these three dogs become the stars of the film.

How difficult was to shoot from their point of view? There are different scenes in which the dogs cross crowded roads of people or cars, how did you do?

I entrusted my guide through the city to Zeytin – she was raised by the city and knows how to navigate its streets, its red lights, its cars and people, and I fully trusted her – with measured caution of course. If I felt we were ever truly in danger, I would step in, but in Zeytin's case I never felt that way. It was physically challenging to be crouched low all the time to capture the world from their viewpoint, but it was a joy to spend hours and days with stray dogs on their meandering schedules and encountering so many unexpected conversations and universes around them.

Going in deep, the relations between Zeytin in particular, Kartal then, and the Syrian guys of course is the core of the project. How hard was for you, from a human point of view in this case, to just shoot?

I began to follow Zeytin, Nazar, and Kartal and the young Syrian men over months as they found shelter in construction sites and quiet sidewalks together. Despite the harshness of their circumstances, the dogs and boys had formed a makeshift family unit. The warmth and love emanating from their interdependent bond was deeply moving to me. Without the companionship of the dogs, the Syrian boys would have felt adrift in a city not their own — and perhaps it was the same for Zeytin and Nazar. Zeytin, an inconspicuous stray dog, had led me into the cracks of human society, where community is formed in the crucibles of war and neglect, and where beings persist and survive even as they are relegated to the peripheries of society. It was a privilege to be able to enter Zeytin's life and through her, encounter many people and beings who were also surviving on the margins.

Dogs don't care about human conditions and that relation between the guys and the dogs is very rappresentative of a coevolution between species. Clearly dogs doesn't care about social, cultural or any "human judgement". Was this one of your intentions?

Yes. Stray dogs – part of yet also apart from human society – don't cling to the same prejudices people may have about class, homelessness, or nationality.

What would you like people to reflect about after watching your documentary?

My journey through Turkey traversed a socio-cultural terrain in which for a moment, one nation became refuge for many others. When xenophobia, species destruction and nationalist sentiment are rising all around the world, "Stray" springs from these cracks in our anthropocentric modernity. It asks us to re-evaluate what it means that our streets are  continuously emptied of everyone except those whom we’ve deemed to be its legitimate citizens. Through "Stray", I hope to continually push the boundaries of the cinematic medium in order to explore and challenge unequal states of personhood — to expand viewers’ circles of moral and perceptual consideration beyond their own class, culture, and species.

Are you still in contact with the Syrian boys? Do you have any news about the dogs?

I'm not able to be in contact with the Syrian men because they don't have phones, but Zeynep Koprulu, the co-producer of Stray who lives in Istanbul, regularly sends me updates and photos whenever she encounters Zeytin – who I believe is safe and surviving during the pandemic as the city and government still makes efforts to feed the stray animals during lockdowns.

What was the relation you and the team had both with the boys than the dogs?

We were bound by our love and respect for the dogs. 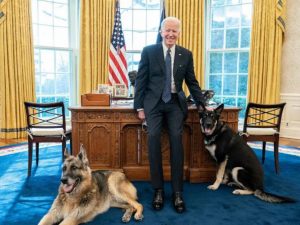 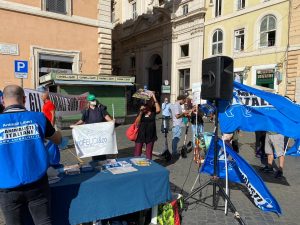 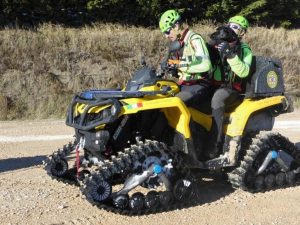